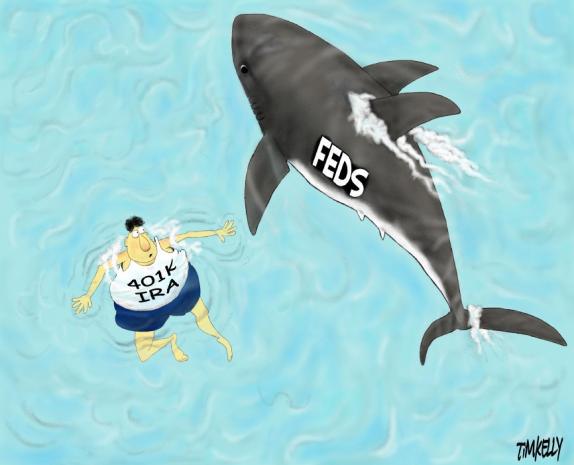 What are the nine most terrifying words in the English Language? I’m from the government and I’m here to help.”

During the recent State Of The Union Address, President Obama declared that he would secure a dignified retirement for all Americans with his new “myRA” retirement account. This account will be created by executive action. (read except from the White House website below).

From WhiteHouse.Gov:               Year of Action: Making Progress Through Executive Action  To build lasting economic security, the President will act on a set of specific, concrete proposals to expand opportunity for all Americans. In the State of the Union, the President announced that he will use his executive authority to direct the Department of the Treasury to create “myRA” a new simple, safe and affordable “starter” retirement savings account that will be offered through employers and will ultimately help millions of Americans begin to save for retirement.

The Treasury Department’s myRA (my Retirement Account), a new offering from Obama, is being proposed to Americans as a “new simple, safe and affordable ‘starter’ retirement savings account, provided through employers and will ultimately help millions of Americans to begin to save for retirement,” according to the press release posted on whitehouse.gov. , January 29, 2014.

Listen to David talk in detail about how the government wants to “help” millions of middle class Americans, with incomes earning up to $191,000 a year, through participating employers, starting in 2014.

Sound too good to be true? Is the government run myRA a great way for low-to-middle income Americans save for retirement, or is it just another way for Washington to get their increasingly desperate hands on you hard earned money—you decide.

Wall Street Journal: Now He’s After Your 401(k)
American Thinker: The Fed Wants Your Retirement Account
Washington Times:  Is Your 401k About To Be Nationalized?