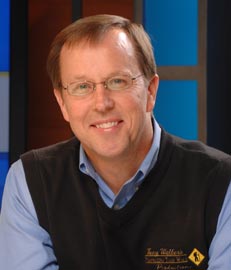 My Granddad was born in 1912. Twenty years later, he landed his first “real” job climbing telephone poles for the local phone company. Granddad would continue to work for the same company until his retirement in 1978.

During the many years I spent with Granddad; particularly after he retired from work, I rarely heard him talk much about money. Certainly, he never talked about Stock Market. That’s because, like so many of his generation, Granddad never owned any stocks…thought they were a “gamble” as he put it. Granddad believed in working hard and saving hard – he wasn’t about to risk his hard-earned money in the stock market.

A lot has changed since Granddad retired in 1978. Ironically, the same year he walked away from the safety and security of 43 years with the same company, Congress (and in my opinion, Wall Street) walked in with a new concept called the 401(k) plan. Well, actually, it was officially dubbed the Revenue Act of 1978, but it quickly became well known as the “mother of all retirement plans.” During the same year Granddad called it quits, a number of Politicians wereFor one, many more Americans are invested in the stock market than ever before. A recent study entitled, “Investors can manage Psyche to capture Alpha,” reveals a startling fact that falls right in line with what Granddad believed: investing in the stock market does not guarantee you’ll make big money. In fact, this study, which was conducted by independent research firm, Dalbar, reveals that while the S&P 500 earned a whopping 9.14% (over the past twenty years), the average equity investor only earned a paltry 3.83%! (emphasis added by yours truly)

According to Dalbar, this huge difference in average stock market returns vs. the lower returns earned by the average investor are, as they put it, “the benefit when investors yield to psychological factors.” The commentary from Dalbar goes on to say, “the psychological factors that batter away at average investor returns remain dominant and the “code” to crack these behaviors remains elusive.”

With all due respect to Dalbar and all of the other financial folks scratching their financial heads, I’ve got the solution to the “code”…

The ‘problem’ is not the psyche of investors, but rather, the psyche of ‘savers’ who have been duped by Wall Street into believing that they are actually ‘investors’ when they are not.

You see, I really don’t think things have changed much since Granddad’s day of saving hard and protecting your money (as opposed to blindly risking it in the stock market). In other words, the majority of the folks out there (my opinion here is based on thousands of people I have worked with an interviewed in the course of my 27 years in this field) are ‘savers’ – NOT ‘investors’.

Shakespeare said, “a rose by any other name, is still a rose.” Or as Granddad use to say, “you gotta call a spade, a spade.” What I say is this: If you are truly an ‘Investor’, great. But if you’re like most Americans – a ‘Saver’ – then stop listening to Wall Street and all their hired help about investing in the stock market and flee to safer territory. By the way, to find out whether you’re a ‘Saver’ or an ‘Investor’ go to www.3Personalities.com and take the free 5-minute test that will help you determine which financial personality you really are.

So let’s get back to Granddad…how come he and his fellow depression era friends never had to worry about 401(k) balances, rebalancing mutual funds, asset allocation and the fear of employer’s reducing or doing-away with corporate 401(k) matches?