This week, David is joined by David Muhlhausen P.h.D, from The Heritage Foundation. Listen in as David discusses with Dr. Muhlhausen the 2013 Index On Dependence 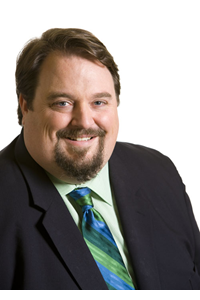 The Washington Post, The Washington Times and Forbes magazine are among publications that have cited Muhlhausen’s research. He has been interviewed on national television newscasts, including PBS’ “Newshour with Jim Lehrer,” MSNBC’s “Hardball with Chris Matthews,” CNN’s “Lou Dobbs Moneyline” and Fox News Channel’s “O’Reilly Factor” and “Special Report.”Muhlhausen joined Heritage in 1999.

Unfortunately, the united states has continued it’s massive increase in the portion of the population that depends on the government to provide for them. What was once the domain of family, friends and private charities has been crowded out by an ever expanding federal government whose devotes  70% of its entire budget to dependency creating programs.

America is increasingly moving away from a nation of self-reliant individuals, where civil society flourishes, toward a nation of individuals less inclined to practicing self-reliance and personal responsibility. Publicly held debt has continued its amazing ascent without any plan by the government to pay it back. According the the 2013 Index, nearly 70% of the federal budget is dedicated to dependency creating programs. One of the worrying trends in the Index is the coinciding growth in the non-tax paying public. The percentage of the population who do not pay federal income taxes and who are not claimed as a dependent by someone who does pay them, jumped from 15% in 1984 to 44.7% in 2011. This means that in 1984 35.5 million people paid NO taxes; in 2011, 139.3 million contributed nothing.

As if those circumstances were not dire enough, the country is about to witness the largest generational retirement in world history by a population that will depend on currently insolvent pension and health programs.

These are serious issues that we must consider when deciding where to warehouse and grow our wealth. In light of the realities of an ever increasing percentage of the population that does not pay taxes, where does this leave those who do pay taxes? Will they go up in the future? Many are surprised to find federal taxes are very low in consideration to where they have been since the inception of the income tax in 1913.

David and his firm specialize in strategies that minimize or eliminate future taxation  on their retirement assets.  Do you have a plan to get to the 0% tax bracket and transform your retirement?  Now more than ever it’s critical to employ uncommon strategies in these extraordinary times we are living in. David can be reached by calling:  800-559-0933 or you can email him at: David@DavidLukasFinancial.com

David’s Book: Whose Future Are You Financing?

SEE: Look What The Wealthy Are Doing

SEE: Look What The Banks Are Doing

Chart below from the 2013 Index of Dependence On Government