“An Investment operation is one which, upon thorough analysis, promises safety of principal and an adequate return. Operations not meeting these requirements are speculative” -Benjamin Graham, The Intelligent Investor (considered one of the best investment books of all time) 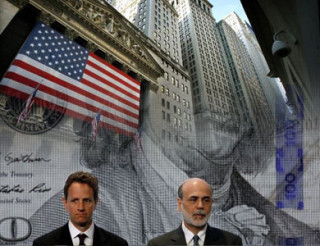 David talks about the fact that Wall Street does NOT want informed people capable of critical thinking to make important financial decisions with regard to their savings.
There is a revolving door between Washington, Wall Street the Federal Reserve, Ivy League academia, and bankers from the Euro Zone. Wall Street has successfully privatized their profits and socialized trillions in losses.
The Wall Street business model is a system built on predation, an ability to create money out of thin air, government sanctions, taxpayer bailouts, exploitation of the tax code-with The Federal Reserve, central bankers and governments worldwide driving the getaway cars.
Main Street is being continually seduced by the overly optimistic gambling nature of Wall Street . They are telling you to put your money at risk in a straight jacket for the next 30 years while they routinely take their, or you could say your money off the table.

David dives into the topic of target date mutual funds and Wall Street’s new affection for your 401k. Through lobbying, the mutual fund industry effectively kicked out competition from the life insurance industry and other successful conservative managers of economic risk.

Ask yourself this: When someone ask you to put your money at risk, whose money is at risk? Yours, or the one making the recommendation?

Unfortunately, the financial services industry is filled with those who would advise you to take unnecessary risk with your money.