David talks about how many people go to school to get a “good job” but very few take the time to educate themselves on what is really going on in our economy. The long-term financial situation for the majority of Americans is dire.  In this day and age, the consequences for not being committed to self-education will lead to a very unfortunate financial future for many people.

The opportunities abound, but regrettably, the vast majority of Americans today are blindly following common strategies advocated by our Government, Banks and Wall Street. Sadly, this course of events has and will separate millions of Americans form their hard earned money. 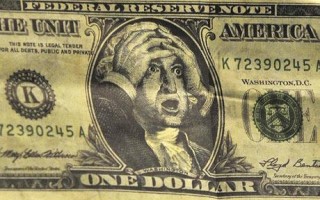 the process is unfolding before us at a very fast pace.

What would this spell for the average American?

How serious will it be for the average American when the United States looses this privileged status?

What will be the consequences?

For a country with a budget deficit in excess of $1 trillion a year, the consequences of losing standing as the world’s reserve currency would be dire.

CNBC: Is The Dollar Dying? Why US Currency Is In Danger.

Article: A major Update to the “End of America”

Shift From U.S. Dollar As World Reserve Currency Underway – What Will This Mean for America?

The demise of the dollar would bring radical changes to the American lifestyle. When this economic tsunami hits America, it will make the 2008 recession and its aftermath look like no more than a slight bump in the road. For those unprepared, it will be a very undesirable change. For those prepared, it will present unprecedented opportunities.

What do you think? Will the United States loose the coveted status at the premier Reserve Currency of the world?

You can reach David at his office by calling: 501-218-8880 or by email: David@DavidLukasFinancial.com