It is no secret that our federal debt is growing at a break neck speed. Our federal government is borrowing over $40,000 per second more than they take in tax revenues. A few months back, I had the opportunity to interview (Listen to Interview Here) William Beach from The Heritage Foundation’s Center for Data Analysis. Specifically, William and I discussed the recently released Index of Dependence on Gov. 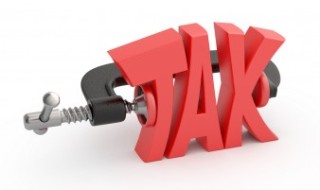 You can read the Report for yourself HERE

A few facts below that I found very disturbing.

The percentage of people who do not pay federal income taxes, and who are not claimed as dependents by someone who does pay them, jumped from 14.8 percent in 1984 to 49.5 percent in 2009. This means that in 1984, 34.8 million tax filers paid no taxes; in 2009, 151.7 million paid nothing. (Yes you read that right!)   This poses the question, how long can our form of representative government survive in light of these facts? I am a numbers person. To me it is simple mathematics. Something has to give. I have come to the conclusion that one thing is a certainty: Our taxes will go up in the future.  These are serious issues that must be addressed in relation to where one decides to accumulate money.

In 3000 days, about two-thirds of the now-working population will be 60 years old or older. This is a certainty! Unfortunately, this leaves one-third of the now-working population to pay for all the government social programs for a majority of retired citizens. To compound the problem, the costs of social programs such as Medicare, Medicaid, and Social Security increase every year. This leaves little doubt that increased taxation will be needed to maintain these programs.

It is estimated that by 2040, the elderly population will represent 20.7% of the total population. The largest segment of the population that grew the fastest was people between the ages of 90 and 94. My own grandmother is almost turning 97 and still lives at home by herself! This age group has increased 44.6% since 1990. To give you some perspective, in 1900, the average life expectancy was 47.3 years. 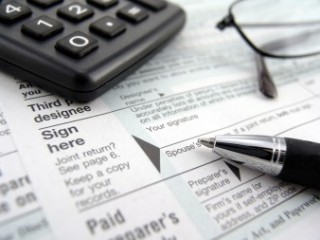 Along with shifting age demographics, the government itself plays a role in diminishing our future wealth. Over the last 30 years, the only thing the government has done consistently is overspend the amount of money that is taken in. Recently they raised the amount of money you can put into the government qualified retirement plans. Why? Was this change initiated because they were concerned about your financial future or theirs? A 401K or IRA simply defers taxation to a later date.   At first, it may appear that you save on taxes but you most likely won’t.

If all things are equal meaning your rate of return and the rate at which you are taxed are the same today, and when you retired, THERE IS NO DIFFERENCE between pre-tax and after tax contributions. You will end up with the EXACT same amount of money. This is a mathematical certainty.

If you postpone paying your taxes to a later date, essentially you are subject to a future unknown tax calculation that you have no control over. Only the government decides how much they are going to take. Take a look at USDebtClock.org and decide for yourself if you think taxes are going up, staying the same or going down in the future. If you believe that taxes are going up in the future, then deferring your taxes to a later date is a bad idea.

In light of this country’s shifting demographics as well as the massive increases in government debt, you need to know one thing is for certain. Higher taxes will be waiting for you in the future. Many people take the government’s (and their advisers) advice. They are made to believe that postponing their taxes to a future date at an unknown calculation makes allot of sense. Doing this can be likened to going to meet with your banker and asking to borrow some money. Your banker happily tells you that he has plenty of money. He tells you he has drawn up your loan paperwork.  There is just one little detail. The bank he works for isn’t sure what their future internal expenses will be; therefore the bank will notify you at a time and day in the future just how much interest they need to charge you. He proceeds to tell you “Sign right here”. Would you take that loan? Of course not! Yet, isn’t this what you do when you participate in a qualified plan? Now, there is one exception. If you are receiving a match from your employer, it may be to your advantage to contribute.

Many people are not aware that there are options available that allows them to accumulate their savings tax-free as well as spend their savings tax-free. A dollar in taxes paid unnecessarily not only cost you what you lost, but also what what that dollar could have earned had you not gave it away.

The government doesn’t want you to worry about the pain of paying unnecessarily taxes. Today, you need more knowledge so you are capable of making better financial decisions. The more you know the less pain you will suffer financially. The solutions to a rewarding financial future are not found in just the stock market. But that’s what most people believe. Why?  Because that’s all they know. It is difficult to get the right solution when you start out with the wrong premise. The government sees you as a taxpayer. If you don’t utilize the lessons of efficiency, the government will be first and foremost in your financial life.

Taxes are the largest transfer of your wealth. If you learn to be more efficient you will learn to drastically reduce this transfer resulting in you keeping more of your hard earned money. Who’s future are you financing, yours or the governments?