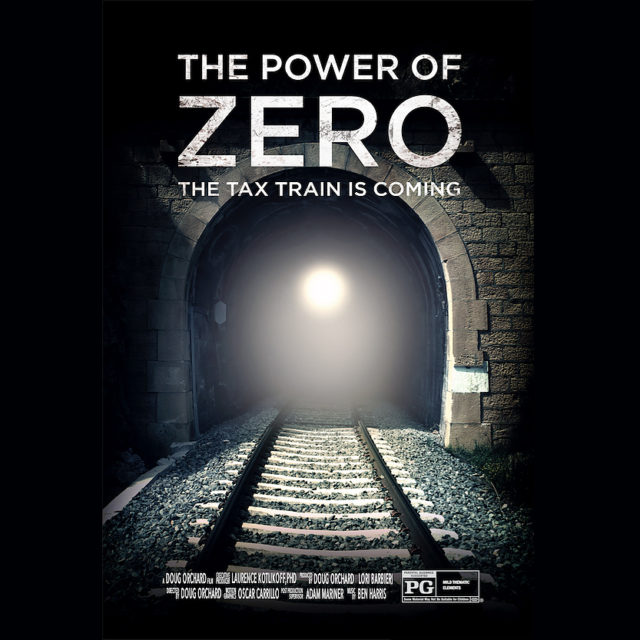 The Power of Zero: The Tax Train Is Coming is a 75 minute documentary by Director Doug Orchard that takes an in-depth look at how the U.S. National Debt is setting the stage for massive tax increases within the next 10 years and how they’ll impact a retiring generation of Baby Boomers. With an all-star cast of US academic economists, fiscally concerned politicians, and the nation’s top financial advisors, this is the first major film to explore our nation’s looming debt crisis and the proactive measures Baby Boomers can take to protect their retirement plans from the crush of higher taxes.