– Second in the Annuities ED Series –

It is well enough that people of the nation do not understand our banking and monetary system, for if they did, I believe there would be a revolution before tomorrow morning. — Henry Ford

Question: Where have most of the savers of the past told other savers to put their money?
Answer: The bank. 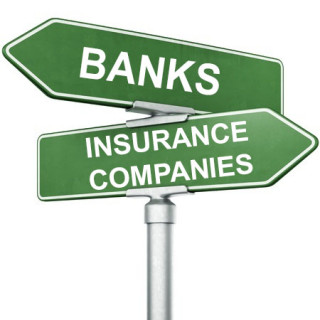 So why isn’t the bank the best place to keep your savings for retirement today, you ask? Because life’s inevitable unpredictable events are inevitable and—unpredictable. Just as “you shouldn’t put all of your eggs in one basket” you shouldn’t keep all of your money at the bank. Because banks are highly leveraged, they are able to loan out 90% of the account holders’ money. In other words, when you deposit $10,000 into your bank account, the bank can legally loan out $9,000 of YOUR MONEY! That deposit is not held in trust, as it should be. Instead the bank is profiting greatly from loaning your money with no risk to them.

In this second installment of the Annuities Ed series, David explains, in detail, the security your hard earned retirement funds holds in annuities in comparison to the bank. He also clarifies that Federal Law requires insurance companies to keep at least 100% of their deposits (with a minimum reserve average of 115%), and that insurance contract holders are further protected because insurance companies are forbidden in buying investments or speculating with FDIC insured funds.

Tony joins David in the discussion, during the final leg of the show. Together they further explain how the security of annuities can afford you and your family the WorryFree Retirement® you want! This segment is filled with loads of great information, so you should listen to the entire episode today!

If you’re a saver that’s uninterested in the uncertain volatility of the Stock Market then you’ll want to e sure to tune in each Saturday at 12:00pm for the next installment of the Annuities ED series. It’s not something you’ll want to miss.

Not sure if you’re a saver, an investor or a speculator? Take the FREE financial personality test at: 3Personalities.com today!