To understand the core problem in America today, we have to look back to the very founding of our country. 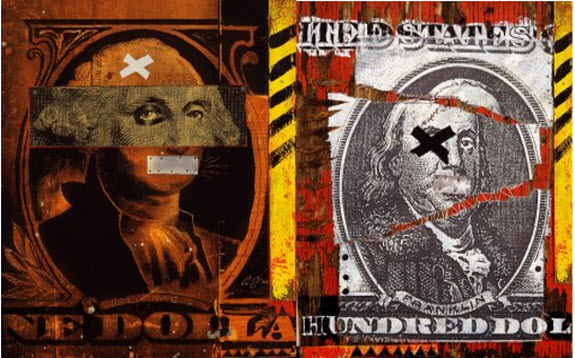 The Founding Fathers fought for liberty and justice. But they also fought for a sound economy and freedom from the tyranny of big banks:

“There are two ways to conquer and enslave a nation. One is by the sword. The other is by debt.”- John Adams

“I believe that banking institutions are more dangerous to our liberties than standing armies…The issuing power should be taken from the banks and restored to the Government, to whom it properly belongs.”- Thomas Jefferson

“If the American people ever allow the banks to control issuance of their currency, first by inflation and then by deflation, the banks and corporations that grow up around them will deprive the people of all property until their children will wake up homeless on the continent their fathers occupied”.
— Thomas Jefferson

“The Founding Fathers of this great land had no difficulty whatsoever understanding the agenda of bankers, and they frequently referred to them and their kind as, quote, ‘friends of paper money. They hated the Bank of England, in particular, and felt that even were we successful in winning our independence from England and King George, we could never truly be a nation of freemen, unless we had an honest money system. ”-Peter Kershaw, author of the 1994 booklet “Economic Solutions”

The average American pays over 30% of their income in interest to a bank. If you can solve the finance equation in your life, (create your own banking system) it will have tremendous impact on your financial future.

Please note that I (David) do not support the government having unrestrained control over the money supply.  Even if there were no central bank in the U.S., it would not solve the problem unless we return to a sound monetary system and abandon the nation’s love affair with Fiat Currency. Fiat currency is  money which is neither convertible by law to any other thing, nor fixed in value in terms of any objective standard (such as gold or silver). It is money without intrinsic value.

Tune in, Listen and Learn!