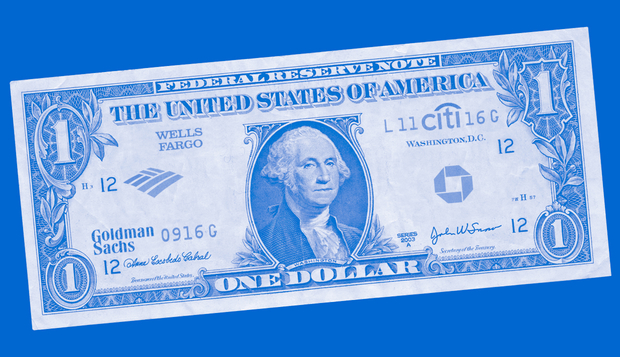 “Capitalism without failure is like religion without sin – it just doesn’t work.” Allan Maultzer, economist.

“The ultimate result of shielding men from the effects of folly is to fill the world with fools.” Herbert Spencer, English philosopher.

So what if you found out that the largest U.S. banks aren’t really profitable at all? What if the billions of dollars they allegedly earn for their shareholders were almost entirely a gift from U.S. taxpayers? It’s important to know that the big banks would not exist today if it weren’t for tax-payer subsidies. These banks have been deemed “too big to fail”. These same banks have an insatiable appetite for your money. The fact is that .03 cents of every dollar collected by our federal government goes to prop up these banks.

You can read the Bloomberg article for yourself. Click HERE to read.

The average American forks over about thirty-five cents of every dollar in interest cost paid to some bank or finance company. Approximately 70% of the assets are held by the nation’s largest banks.

Unfortunately, many Americans are too busy chasing higher rates of return all the while taking unnecessary risk ,when the real problem is the volume of interest that one is paying.  Having a large pool of accessible capital under your control makes you financially stronger because you’re not dependent on a third party.  If you can solve the need for finance and create your own banking system, it will change everything for you. It will fundamentally transform the way you think about your money.

Remember, it’s not your rate of return or where you money is that matters, but rather, how your money works.

When you learn to maximize the efficiency of your money, you can begin to create your own personal monetary system and literally recapture all of the interest that you are currently paying to banking institutions. Call David to learn more about the Sound Money Solution.

If what you thought to be true about your money turned out not to be true, when would you want to know?

Tune in, Listen and Learn!